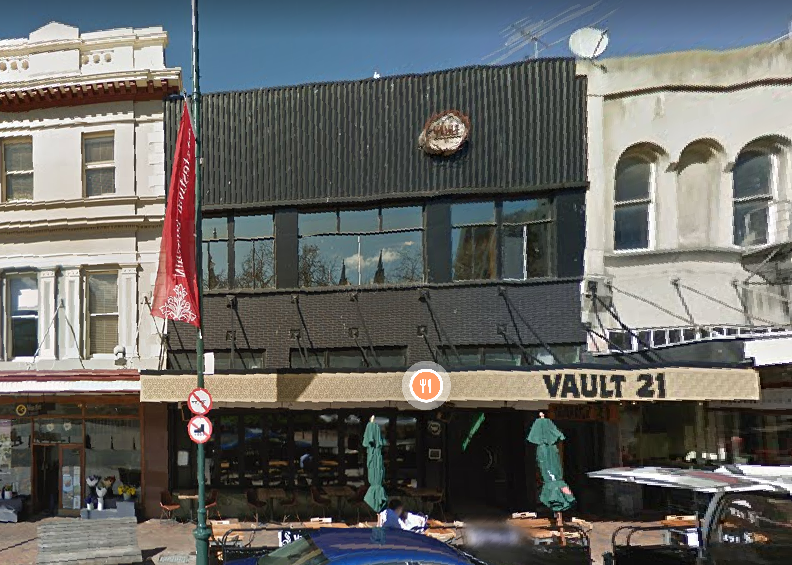 Police have recommended that the Octagon Vault 21 bar not receive a full three-year liquor license after a pair of bar fights in recent months.

The panel was asked to issue a truncated one-year or 18-month license term after police officers saw brawls break out in the bar on two occasions over the All Blacks v Fiji rugby test weekend.

In an altercation early Saturday July 10, a drunken man was punched to the ground and a group was thrown from the bar as a result.

Early the next night, a customer butted another man.

The offender was arrested and received a formal warning.

AND Hospitality Group Ltd requested a license renewal for Vault 21 in February of this year.

No license was issued after a hearing in June, and applicants were instructed to update their application documents and implement the ServeWise Host Accountability Program.

They were given three months to sort out these aspects and the panel was satisfied with the progress in these areas, but the fighting that followed involved the police.

Alcohol Harm Prevention Officer Sergeant Ian Paulin said officers had conducted compliance checks five times since the previous hearing and on two of those visits brawls had broken out.

He said it was not clear how common brawls were in the bar, but it was not common for police to encounter brawls during a compliance check.

“ I have probably made almost 1,000 visits to licensed premises since becoming a police officer. It’s really rare that you walk into an approved room and see a fight in front of you. ”

He said a shorter license would be prudent to allow the committee to verify that improvements implemented by applicants continued to bear fruit.