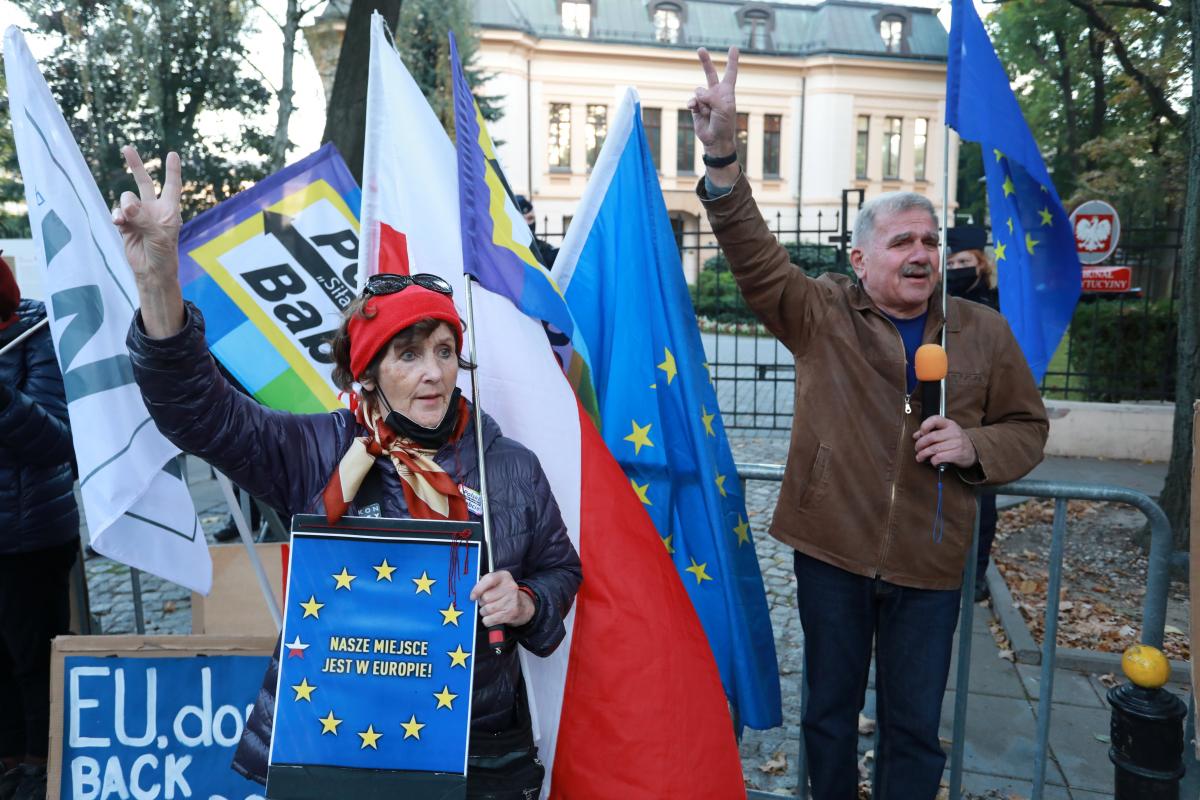 The highest Polish court has ruled that parts of European Union treaties are incompatible with the Polish constitution, calling into question a pillar of European integration and sharply aggravating a dispute between Brussels and Warsaw.

The European Commission said Thursday’s ruling raised serious concerns about the EU’s rule of law, putting it on a full collision course with Polish nationalist leaders after years of legal and political wrangling.

The Polish Law and Justice (PiS) government is engaged in a values ​​battle with Brussels, focusing on disputes over judicial independence, media freedom, LGBT rights and other issues.

Critics say that by going further and questioning the supremacy of EU law, the PiS government is not only jeopardizing the long-term future of Poland in the bloc of 27 countries, but also the stability of the EU itself.

PiS denies this and says he has no plans for “Polexit”.

The Polish Constitutional Court took up the case after Prime Minister Mateusz Morawiecki asked it whether the EU institutions could prevent Poland from reorganizing its judicial system.

“This also applies to the judiciary and the European Union has nothing to say here,” he told reporters.

Brussels accuses the PiS government of having undermined the independence of the judiciary during radical reforms. The party says the changes are aimed at making the courts more efficient and ridding them of the last vestiges of Communist-era influence.

In its decision, the Constitutional Court declared that it had the right not only to review the constitutionality of EU law, but also the judgments of the Court of Justice of the European Union (CJEU).

The European Commission said it would analyze the decision before deciding on its next steps, without going into more detail.

“The Commission will not hesitate to use its powers under the Treaties to ensure the uniform application and integrity of Union law”, he added.

The Tribunal began hearing the case in July but adjourned it four times before Thursday’s sitting.

Some critics say the delays may have been aimed at pressuring Brussels to accept the Warsaw National Recovery Plan, an aid package aimed at helping EU economies shake off the impact of pandemic but whose funding is linked to respect for the rule of law and democracy in the EU. standards.

The European Commission has already approved the majority of the national plans, but has refused the approval of Poland and Hungary due to concerns about these standards.

Earlier this month, EU officials said the European Commission could approve national stimulus packages for Poland and Hungary in November, but would set conditions linked to respect for the rule of law.