The PokÃ©mon Company International announced on Monday that the Pokemon Trading Card Game gets a new free online app called Pokemon Live collectible card for iOS, Android, PC and Mac. The game will launch “soon”. The game will have an early launch for mobile devices in Canada and a global open beta for PC and Mac later this year.

Players can add new cards by scanning code cards, purchasing in-game boosters, and completing daily quests. They can then build decks and play against others around the world. Players can also customize avatars and accessories. The game will receive updates with new content after launch. 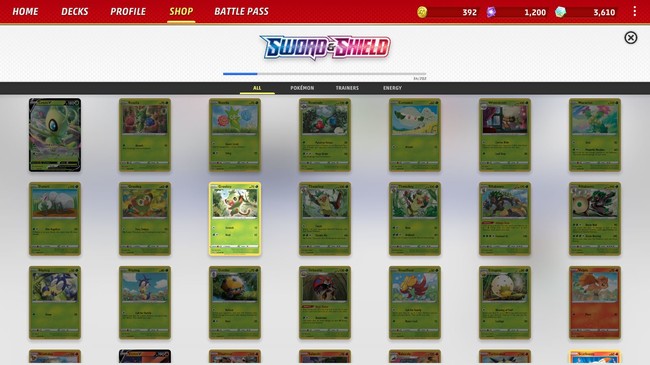 The Pokemon Online Trading Card Game application launched in 2011 on web browser, in 2012 for PC and Mac, in 2014 on iOS devices and in 2016 on Android devices. Players can load their entire card collection and progress using the app. The application and online play are free. TCG Online features include online player vs. computer and player vs. player battles, deck building, card trading, avatar customization, a Pokemon TCG tutorial, and more.

Earlier this year, the U.S. store chain Target temporarily halted sales of Pokemon Trading card game cards – as well as sports trading cards – “suggesting a threat to the safety of customers and workers.” There have been several cases of theft and violence linked to Pokemon cards before Target’s announcement.

Trading card sales have increased dramatically during the novel coronavirus disease (COVID-19) pandemic. Ebay announced in February that it saw a 142% increase in domestic trading card growth in 2020 compared to 2019, with Pokemon Category leader cards with a 574% increase in sales.

Get to know the West Central Online app!

Version 2.0.0 of the Nintendo Switch online app includes the biggest updates yet

Picture: nintendo The Nintendo Switch Online app was updated to version 2.0.0 this morning, bringing with it a whole host of changes that are absolutely for the better. This is the app’s biggest overhaul since its release in 2017, and follows recent updates to missions and rewards on Nintendo Switch Online. Here are the patch […]

Contents RippleX Announces Recipients of XRPL Grants Wave 3 Ripple talks about the expansion of NFT Ripple User Airwallex has announced the launch of its online payment application Airwallex on Shopify. Ravi Adusumilli, SVP of Partnerships at Airwallex, talks about the offer: “Our app is one of many offers we have designed to help merchants […]